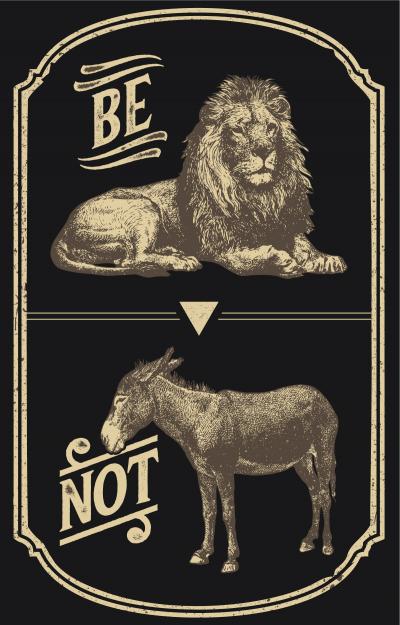 A Note about Failure

Some days you find you just can't get there from here.  Despite your best efforts, the work your doing doesn't connect with the client. Or, they love the design, but they can't use it because of restrictions they have no control over.  Welcome to the wonderful world of design.

We recently worked with a customer who loved what we were doing design-wise, but couldn't use the materials because it would probably be rejected by their client.

The project was for a school anti-bullying campaign, and we decided to tackle the project in a 'non-traditional' way. We decided to break down the target market into three segments:

1.  The "You had me at hello" group. This segment is comprised of people who are already "all-in" in the anti-bullying sphere. It almost doesn't matter what you design, these folk will love it. Yup. All in.

2.  The "Biff Tannen is alright by me" group. This group is out. Period. They are either too cool or you know, the bullies. Either way, they're going to reject anything and everything you propose cos they're all like "Alright, McFly. Now, you’re gonna get it!”.

3.  Everybody else. This group just wants to get through the day without being seen with the first group, which could lead to being targeted by the second group. They know being bullied sucks, and they're keeping their heads down. They just want to be left alone.

Obviously, group 3 is our target audience!

So, how do we get them invested? It's not like they don't care.. well maybe it is, but still there has to be a way. Our solution was to design something that kids would want to wear. We created something we thought was awsome. Unfortunately, the response was that the schools wouldn't accept it.

So damn, what now? We were stumped. We really liked the design we'd created and were more than a little stuck on the concept. It took the better part of a week to come up with the next concept, and you know, we may like it even better than the first, and surely - surely this wouldn't run afoul of the school censors!

At this point, we could have overreacted, but instead we just kept working, and eventually we worked up a design the client loved, and the school was happy and we were happy. Mostly.

Were not going to show you the chosen design. This is an article about failure, and the fun that can be had with it. It turns out rejection is a big part of a designers life, so you may as well learn to enjoy it. Well maybe not *enjoy* it, but at least learn to live with it.

Finally, if you think you might want a t-shirt with one of the rejected designs, just let us know - we're thinking we might just make some for ourselves!